Affectionately known as the “Dream Team”

Learn more about the Dream Team

At Memory & Company, our team consists of nurses, personal support workers, recreationists, social service workers, and culinary artists.  But we don’t just look for certificates.  We look for people who understand memory loss, and come with a special skill or talent to make the Club even more entertaining.

Interested in joining our Dream Team?  We are always looking for fun, energetic, and creative people who enjoy working with people living with memory loss, and have unique talents and special life skills above and outside of their caring skills.

We offer a fun and safe working environment, and stress the importance of work/life balance and physical/mental health.

This photo-series, titled “#HealthcareWorkersUnit”, was taken by the owners during COVID-19.  It showcased the personal sacrifices each Team Member made to help in the fight.  To see the series posted on Facebook, click here.

Do you have what it takes to join the Dream Team?  Click here to check out our career page! 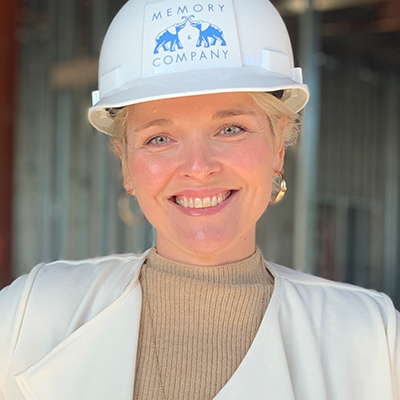 Ashley Kwong has a Bachelor of Arts Degree in Gerontology/Sociology from McMaster University, and an Activation Coordinator/Gerontology Diploma from George Brown College.

Ashley has dreamed of opening her own care-home for seniors since she had her first co-op experience in high school at 17-years-old. As soon as Ashley graduated from high school, she made steps in her life to gain knowledge and experience to be qualified to realize this dream. Ashley looked at this industry every day with an entrepreneurial sense, and looked at where this industry was headed, what was needed to be successful, the strengths and weaknesses of the competitors, and how she could make a mark in this industry.

Ashley recognized a missing and very needed area in the industry, and with the Canada-wide drive towards a future that focused on community-based services, her idea of a Health Club for people with memory loss was brought to life. That is when Memory & Company was created. Ashley is a dedicated, empathetic person, who is very passionate about improving the lives of seniors, especially those with memory loss, dedicating her life to this cause.

In Ashley’s pursuit of her dream, she has been trained in, and has held, every single position under the roof of a care-home.

Ashley can be reached at [email protected] 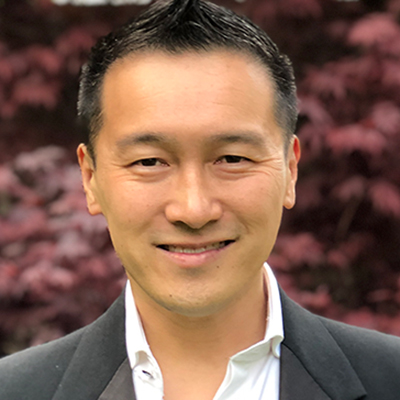 Learn more about the Chief Nerd

Victor Kwong is formally trained as an Avionics Maintenance Technician. He started his career fixing communication and navigation systems on airplanes and helicopters but he soon found himself unsatisfied because it lacked the element of human interaction.

Victor then set off to find a new path that would have the most human interaction, and that he would enjoy. He came across teaching and policing.  To “test the waters”, Victor became a high-school supply teacher and volunteered as an Auxiliary Police Officer.

While trying out both fields, Victor took his education and started a company of his own installing electronics in business vehicles, and converting them into mobile offices. At the early age of 21, as a sole-proprietor, Victor got his first taste as an entrepreneur. His professionalism, attention to quality, and most of all, customer service, out-weighed his young age and won him contracts with a provincial government and two universities.

He spent the first several years as a front-line officer, a scenes-of-crime officer, a collision investigator, and a criminal investigator.  Truly believing that cross-training makes for a better employee, Victor then applied to the service’s corporate side.

While on the job, Victor studied for his Business Analyst certificate, and joined a team tasked with consolidate the service’s numerous records management systems.

Certified in analyzing work-flow and data-flow, his keen and fresh sense of communicating change, and the management of change, was discovered by the service’s Command.  Victor was transferred to the service’s Corporate Communications office where he is now a spokesperson, Public and Media Relations Officer.

Victor can be reached at [email protected] 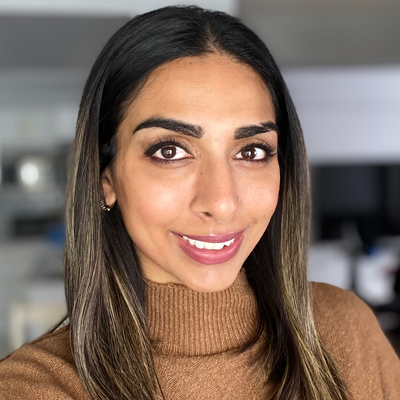 Ever since Karen was young, she knew she wanted to be a part of a healthcare team. At the age of 14, she started her first job working at a retirement residence as dietary staff. She spent time getting to know the residents and building bonds with them. This was the beginning of the career that she is so passionate about now.

She now comes to Memory & Company with over 8 years of nursing experience-including Director of Care experience in retirement residences, Long-term Care, hospital, and community settings.  Karen plans to continue educating herself on other ways that could make a difference to better the lives of those living with memory loss.

On her personal time, she enjoys spending quality time with family and friends. Camping trips with her hubby, vacations down south, gardening with her grandparents, hiking and biking are just some of her favourite things to take part in.

Karen can be reached at [email protected]

Lauren holds an MBA focused in Healthcare Operations from the Bedfordshire School of Business, where she completed extensive research on cognitive aging experiences.  She also holds a B.A. (hons) in Gerontology from McMaster University and an Ontario College Business Certificate.

Following years of global experience, Lauren finds herself back home to continue her dream of transforming the aging experience through leading our Oakville Team. She brings a versatile range of skills and strong business knowledge to Memory & Company and looks forward to making a difference in people’s lives one Member at a time.

In her previous roles, Lauren has transformed retirement communities by enhancing programming and introducing alternative services. She has largely focused on creating age-friendly communities and achieving person-centred care through holistic approaches and building meaningful relationships.

Lauren enjoys trying new food in new places and keeping active through motor sports, running and trying to golf.  Her goals include being a lifelong learner, simplifying life’s transitions, and getting a hole in one. ⛳

Lauren can be reached at [email protected] 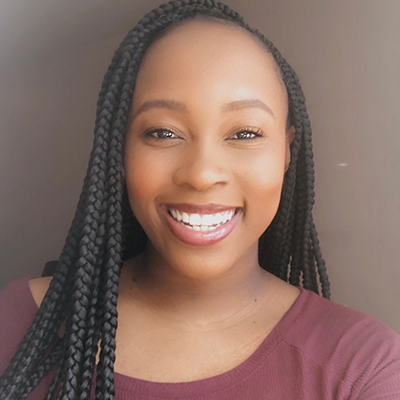 Lorian (pronounced lori ann) has over five year’s experience in health care.  She brings her wide range of skills to Memory & Company including community, long-term care, hospital and retirement homes.

She has always been passionate about healthcare, especially gerontology, and knew it was a calling she needed to pursue.  Lorian loves helping families reconnect with loved ones, supporting them and providing reassurance.

Lorian plan on continuing her education while at Memory & Company in order to gain more knowledge to better care for our Members and their families.

In her personal time, she loves singing and dancing.  Lorian loves to volunteer, mainly at her church.  She is family oriented; spending time with her family is important to her.  She also enjoy a fun game of badminton on a warm sunny day.

Lorian can be reached at [email protected] 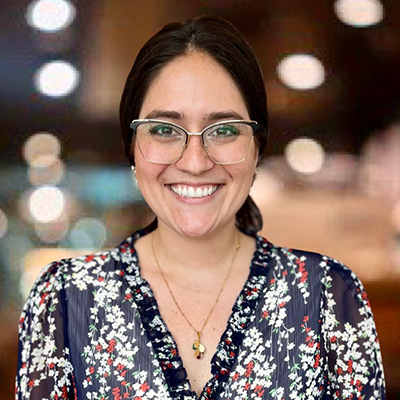 Stephany comes to Memory & Company with over ten years of nursing experience.  Most recently, she was part of the Behavioural Support Team at the Alzheimer Society of Hamilton Halton.  She has hospital experience working in Neurobehavioural units, and has lead Memory Living teams in Retirement Homes.

Over the course of Stephany’s career, she has found herself trialing many avenues of nursing but always finding herself circling back to the geriatric population living with dementia. She has always had a passion for helping people living with dementia; helping families connect with their loved ones again; helping them remember who their loved one was BEFORE the disease took over; and helping them navigate the disease and figure out how to have a meaningful connection again.

Her plan is to continue to share her passion with the Memory & Company Team and families by connecting with our Members and impacting their lives in a positive way and helping you do the same.

In her personal time, you can find Stephany outdoors going on exciting new adventures with her family or anywhere she can find a food truck.  She loves to stay BUSY by finding new hobbies and is an Amazon bestselling author. 📖

Stephany can be reached at [email protected] 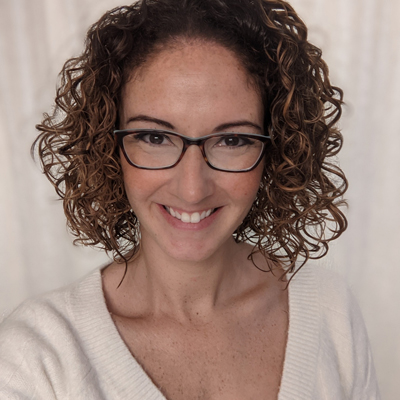 Cara has always been drawn to a career focused in customer service and has excelled in those positions.  It was her passion and enthusiasm that inspired her education in recreation, as well as her empathetic and caring heart that motivated her career in senior care. She is able to conduct a recreation program that seniors can enjoy and are fully capable of participating in at any ability.

After fulfilling an education in Recreation and Leisure, Cara obtained a diploma along with high honours. With the hopes to make a difference in seniors’ lives, Cara continues to focus on educating herself through courses such as Mental Health, First Aid and Dementia Care programs.

On her personal time Cara enjoys traveling and soaking in other culture, architecture and history. Australia has become a second home and favourite destination after living in Sydney for a year.  Other activities such as horseback riding, cheering on her favourite sports teams, nature hikes with her dog, and enjoying family time up at her cottage make up the foundation of her happiness.

Cara is extremely excited to processed with a life long dedication to help promote activity and over all wellness within the senior community.

Cara can be reached at [email protected] 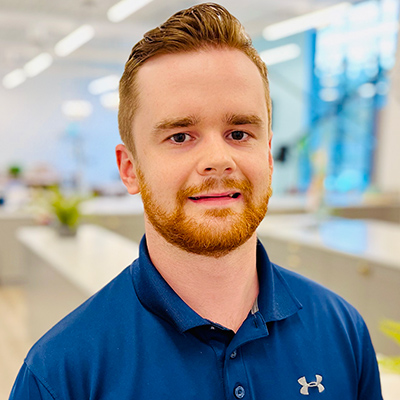 After completing his undergraduate degree majoring in Gerontology from McMaster University in 2017, Nick Crepinsek (pronounced crèpensec) completed his Therapeutic Recreation Diploma from Mohawk College in 2019.

From a young age, Nick always knew that he would be working in a field that would be helping people. It was not until his third year of University that he knew Recreation Therapy was the field for him. By grouping his passion for assisting people with his love for sports and recreation, it made perfect sense to attend Mohawk and work towards becoming a Recreation Therapist.

Following his two year program at Mohawk, Nick started working with Revera Living and quickly accelerated into a Management position after just one year at a Long-term Care Home. Nick has a strong passion for those with memory impairments as it has directly affected him and his family in various ways. Nick is extremely compassionate and enjoys nothing more than helping people become the best versions of themselves.

Outside of work, Nick has a strong passion for coaching and teaching lacrosse. He grew up playing the sport from age 3-21 and now enjoys giving back to the game that gave him so much. Nick currently coaches U15 in Burlington, the Toronto Monarchs Lacrosse Club as well as being a scout for the Burlington Jr A Lacrosse Team. When not at work or at lacrosse, you can most likely find Nick on the golf course or spending time with his dog, Bear!

Nick is extremely proud and excited to be a part of the Memory & Company Dream Team.

Nick can be reached at [email protected] 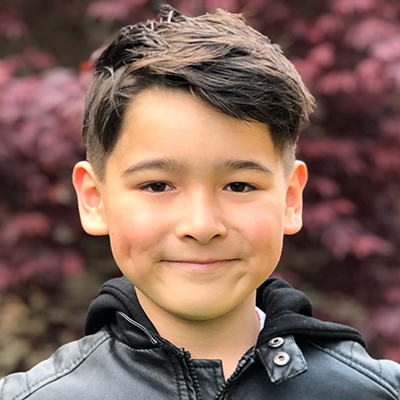 Learn more about the Clubhouse Grandson

EDITED: During COVID-19, the owners moved into the Markham Club in solidarity with their team.  This also meant Hunter became the first 8-year old to live in a “retirement home”.

In short, Hunter comes to the Club to chat and play with the Members after school and on PA Days.  Members look forward to his visits, and Hunter looks forward to joining in the activities with them.

His parents (the owners) look forward to raising a child where memory loss and dementia have no stigma.

Hunter does not have email.  He’s a kid.